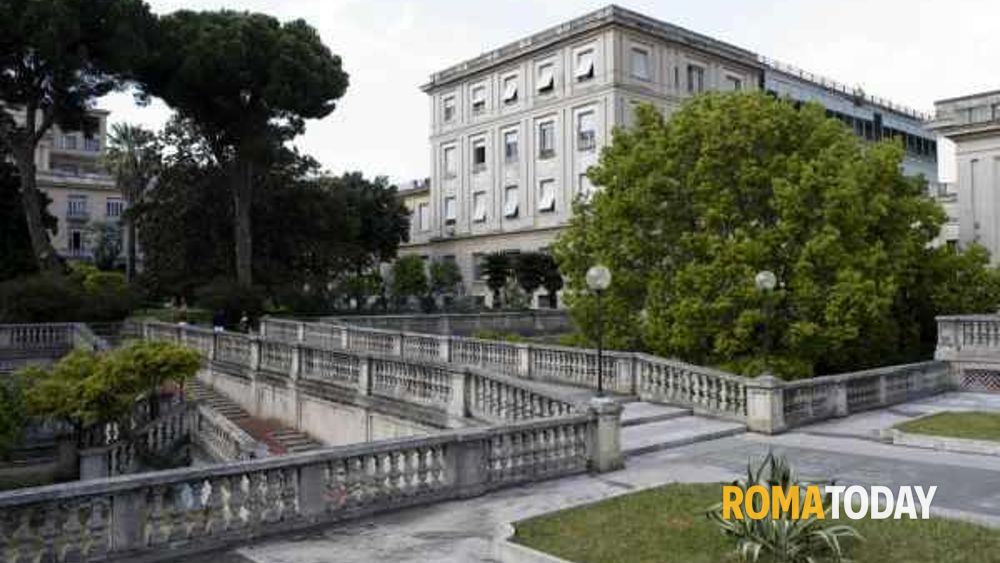 The largest in the world, it specialized exclusively in pulmonary diseases and was part of the great idea of the famous physician and politician Eugenio Morelli to create a large network of clinics throughout Italy. Morelli’s initiative was in line with global health care reforms in post-war Europe of the 1920s, when the terrible pandemic of the Spanish flu showed the importance and vital need for a free health care system for all segments of the population.

The grandiose architectural and landscape complex, covering 280,000 m2 (approximately 70 acres), was opened in Rome in 1934 and had become not only the state hospital and the largest prestigious research institute in the world, but also the world-renowned center for social research on tuberculosis. The majestic architecture of “tuff, light and air” met the therapeutic criteria of the time. The antibiotic, streptomycin, had not yet been invented, and tuberculosis was treated with empirical care – a healthy climate, sunlight, spacious rooms, a rich diet of animal proteins, and exercise.

For many years, it was believed that tuberculosis was incompatible with joy and happiness. And before the discovery of Koch’s bacillus, melancholy was considered a cause of consumption. Having learned the bacterial nature of the disease, classical medicine still did not abandon the psychological component of therapy. Therefore, Carlo Forlanini Hospital, designed for 2000 patients, was created to experience joy and the fullness of life. It included two theaters, a cinema, a lecture hall, bowling, billiards, a thermal power station, and children’s schools. It had its own radio station, a church, a hairdresser, several refectories, wine cellars and plant nurseries. Later, according to the last testament of Professor Morelli, an anatomical museum was to be created on 1200 m2 with more than 2000 exhibits. One of the most modern finds of Forlanini creators was a suspended electro-mechanical system for transporting linen, equipment and food, controlled by special light panels.

Symmetrical in its plan, the hospital complex resembled a grand palace, immersed in the greenery of coniferous and exotic trees, embalming the air with their magical phytoncides*. Hospital rooms were united by a long balcony on which one could walk, enjoying the healing air and the sun. And even underground Forlanini was extraordinary! All the buildings of the complex were built from tuff rock, extracted directly on the spot. The excavation resulted in a high basement, which during the war was used to store food and as a bomb shelter. The rising groundwater formed a lake with exceptionally clean, potable water. At first it was used for water supply, and then for decades – for irrigation of the park.

Today, Forlanini is abandoned and empty. According to the famous Italian architect Maximilian Fuksas, creator of the famous Roman congress center La Nuvola, the best-preserved part of the building can be quickly modernized to create new intensive care units: “We will rediscover Forlanini, rethink our lives.”

* Phytoncides are antimicrobial allelochemic volatile organic compounds derived from plants. The word, which means “exterminated by the plant”, was coined in 1928 by Dr. Boris P. Tokin, a Russian biochemist from Leningrad University. He found that some plants give off very active substances which prevent them from rotting or being eaten by some insects and animals.